Organized by the Japan Society for the Promotion of Science (JSPS), the 11th Hope Meeting with Nobel Laureates was held in Okinawa, Japan from 4-8 March 2019. Shreya Kar, Presidents’ Scholar PhD student from Dr. Alan Prem Kumar’s group, was privileged to be selected to attend this meeting.At the Hope Meetings each year, outstanding graduate students are selected from countries and areas in the Asia-Pacific and Africa to converge for a time of dynamic discussions and the opportunity to learn from a lineup of distinguished Nobel Laureates. The annual symposium aims to foster the next generation of researchers and enhance their research capabilities. Congratulations to Dr Xianning Lai, a research fellow in Dr Alan Prem Kumar’s group for being successfully nominated to attend the Global Young Scientists’ Summit (GYSS) @one-north from 20 to 25 January. She was one of the highly motivated and passionate PhD students and postdoctoral associates under 35 chosen from all over the world to […] From identifying candidate targets for treatments of Glioblastoma (GBM) to developing a computational platform to facilitate drug combination design, 2018 has been an exciting year for the cancer research field. Here is a look back on some of our research highlights in 2018:

1. ARID5B as a critical downstream target of the TAL1 complex that activates the oncogenic transcriptional program and promotes T-cell leukemogenesis.

The research team led by Dr Takaomi Sanda found a new interaction in the cell that leads to the development of T-cell leukemia.The group discovered that the TAL1 complex directly acts on AT-rich interactive domain 5B (ARID5B) and positively regulates the ARID5B gene in T-cell acute lymphoblastic leukemia (T-ALL) cells. Results from the study reveal an oncogenic function for ARID5B and indicate that the ARID5B overexpression supports the survival of TAL 1-positive T-ALL cells. Their insightful findings have elucidated the role of ARID5B as a critical transcriptional regulator controlled by TAL 1 in T-ALL.

An exciting study led by Prof Daniel G. Tenen identified SHARP1 as a novel oncogenic target in MLL-AF6 AML Results showed an overexpression of SHARP1 in MLL-AF6 AML patients. Through a series of knockdown experiments, the team concluded that SHARP1 plays a critical role in maintaining clonogenic growth and preventing apoptosis in MLL-AF6 AML cells. This study provided important insights for understanding the role of SHARP1 to define targeted therapeutic modality for AML patients.

Proceedings of the National Academy of Sciences of the United States of America, 2018 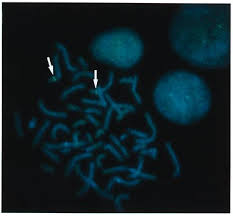 The research team led by Dr. Polly Chen elucidated the regulatory role of DHX9 as a bidirectional regulator in A-to-I editing. Results from the study suggest that DHX9 catalyzes active remodelling of the ADAR substrates into distinct structural signatures, exerting opposing regulatory effects which are dependent on the ADAR1 specificity of editing sites. Most importantly, the team demonstrated the functional importance of DHX9 in tumourigenicity, which will contribute to a better understanding of A-to-I editing.

6. Targeting cancer addiction for SALL4 by shifting its transcriptome with a pharmacologic peptide.

FFW, a peptide drug has been found to be effective in disrupting the activity of SALL4 – a protein related to tumour growth in Hepatocellular Carcinoma(HCC), or primary liver cancer. Developed by Prof Daniel G Tenen’s group; results from their study suggest that FFW inhibits the transcription-repressor function of SALL4 and causes a significant up-regulation of transcripts that are favourable to patient survival. By identifying the SALL4-NuRD complex as a drug target and FFW as a viable drug candidate, results from this study could pave the way for the treatment of HCC.

Proceedings of the National Academy of Sciences of the United States of America, 2018

In many cancer types, primarily in breast and colorectal cancers, TIP60 (a lysine acetyltransferase) has been observed to be downregulated. In this study, Dr Sudhakar Jha’s team explored the role of TIP60 in tumour progression regulation and demonstrated that TIP60 is responsible for the silencing of endogenous retroviral elements (ERVs). The group identified a unique mechanism of ERV regulation in cancer cells mediated by TIP60 and BRD4 through the regulation of histone H3 K9 trimethylation, and a new tumour suppressive role of TIP60 in vivo.

Prof H. Phillip Koeffler’s team carried out epigenomic profiling of squamous cell carcinomas (SCCs) and found a molecular pathway that promotes tumor growth in SCC. The group provided a comprehensive overview of transcription dysregulation in cancer biology mediated by master transcription factors and super-enhancers. With no effective targeted regimens being established for SCC, these new findings establish a new possibility for its treatment.

10. Aberrant hyper editing of myeloma transcriptome by ADAR1 confers oncogenicity and is a marker of poor prognosis.

Recent research has shown that RNA abnormalities are associated with different cancers such as gastric cancer and liver cancer. In this study, Prof Chng Wee Joo and his team established an association between RNA abnormalities and Multiple Myeloma (MM) development. The abnormally modified state of MM RNA has been found to be responsible for the overexpression of ADAR1, an RNA-editing enzyme as well as the irregular RNA editing of NEIL1, a gene associated with lung carcinoma and colorectal cancer. Their novel findings unraveled novel insights into multiple myeloma molecular pathogenesis at the global RNA level, allowing the development of novel treatment options for MM patients.